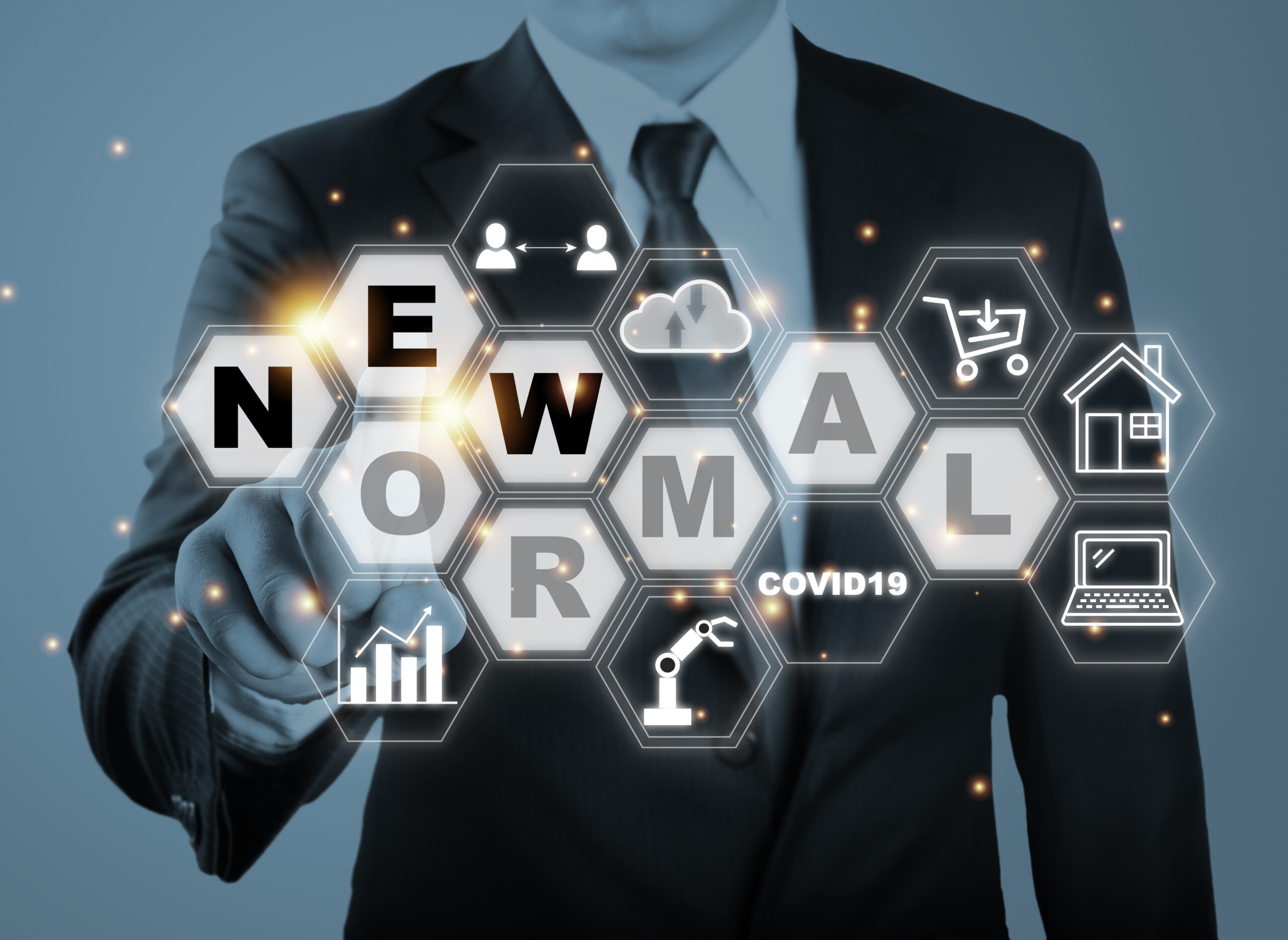 Summer activity is winding down and the routine of life awaits in the fall. However, the job market has been anything but routine even during the dog days summer. It resembles more the ups and downs of the summer’s blockbuster rollercoasters.

Prognosticators say that a recession is inevitable (or may have already happened). But a recession in this case may be a blessing as an overheated job market tries to return to some semblance of normality.

The Bureau of Labor Statistics JOLTS June data finally shows an easing off of record levels while still remaining elevated.

It is hard to be discouraged by what could be a return to normal.

But we are not there yet!

Posting volume and posting turnover are Ying and Yang to a proper interpretation of the job market landscape. Unfortunately, in combination July volume and turnover signal a worse job market situation than the JOLTS data does.

July job postings declined 13.8% from June and 10.4% from last July. Since the beginning of 2022, job market postings have declined six of seven months from the previous year as shown below.

This by itself is not a major cause for concern because last year the market was beyond hot. However, when looking at the decline in postings, we also need to see that the age of these postings is now at a 14-month low as shown in the following graphs.

The combination of the decline in postings and the increase in age continues a four-month trend that shows the ongoing difficulties in filling positions. It is a double whammy to have both declining postings and increasing job age.

Has Remote Hit Its Peak?

Despite what you may read, remote work as a percentage of the overall job market is still fairly low. Many roles and positions HAVE to go into work across wide swaths of our economy. That said, remote work was on the rise until this month. The graph below shows the trends of permanent remote, hybrid remote, and temporary remote positions as identified on Indeed going back to the beginning of 2021.

Posting advertisements identified as remote (blue color above) declined in July and are now comparable to February. Hybrid remote (green color) continue to increase but not as fast as many people thought. Anecdotally many employers are signaling a desire to return to in-person arrangements but are willing to make some accommodations. The flexible work environment is still a very fluid situation.

Pay Transparency is on the Rise

Just 18 months ago only 1 in 3 jobs had an advertised pay rate. Last month, that number increased to over 7 in 10 jobs as shown below.

Pay transparency is a hot topic these days and not received equally. Some cities and regions have mandated pay advertisements and job platforms like Indeed are now requiring it. Employers can generally skirt around it through very wide wage bands based on experience or skills. Consequently, the value of having advertised pay is questionable. See our findings in our June blog.

Employer Sentiment May Be Bottoming Out

We have blogged for many months now on the dissatisfied workforce. Every month we would see ratings and sentiment declines in reviews. A ray of hope appeared in the July numbers. Ratings were flat across different categories as shown below.

Ratings were ostensibly flat across all categories in July. Sentiment measured in net promoter scoring actually ticked up slightly.

Before we get into workforce migration, let’s recap the most recent labor market data. It indicates we may finally be seeing the light at the end of the tunnel in terms of job market stability. Job openings are declining indicating jobs may be finally being filled. Quit rates have leveled… 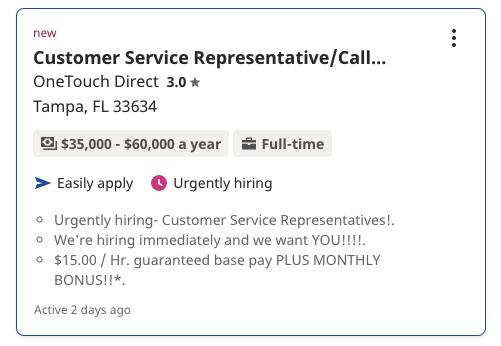 In the second quarter of 2021, nearly one in three job ads in the Indeed® platform were marked as urgently hiring. Normally we associate urgency with the job market as attractive. When supply is greater than demand, urgency as a demand indicator works. Job Ads Urgency Signals Desperation But in… 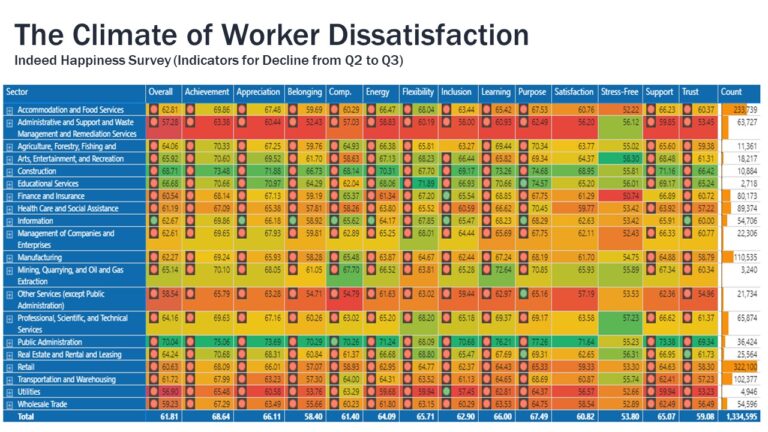 The September Jobs Report indicates the tables have turned for workers in a post-pandemic recovery based on crunching the latest jobs and labor data in our Insight for Work solution. In the spring of 2020, millions of workers were laid off or terminated. In September 2021, quit rates approached a… 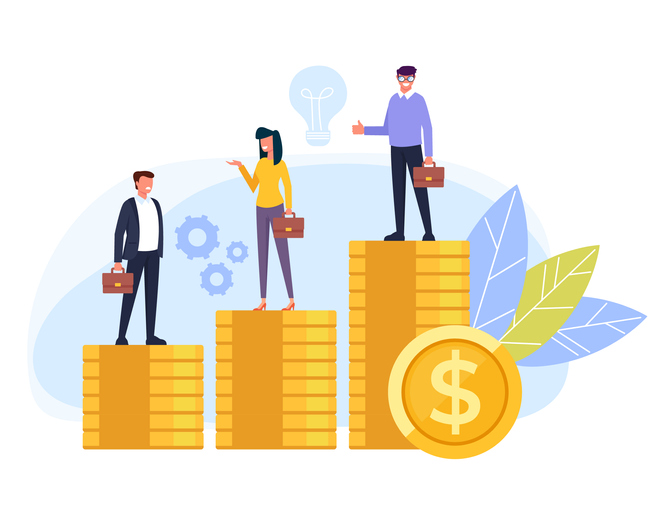 Job Market Conundrum Continues The May jobs report indicates postings broke a four month slide of year-over-year postings decline. May 2022 postings were flat compared to May 2021. However, coming on the heels of four straight double-digit declining months, it was a welcome bit of good news. Unfortunately, the overall… 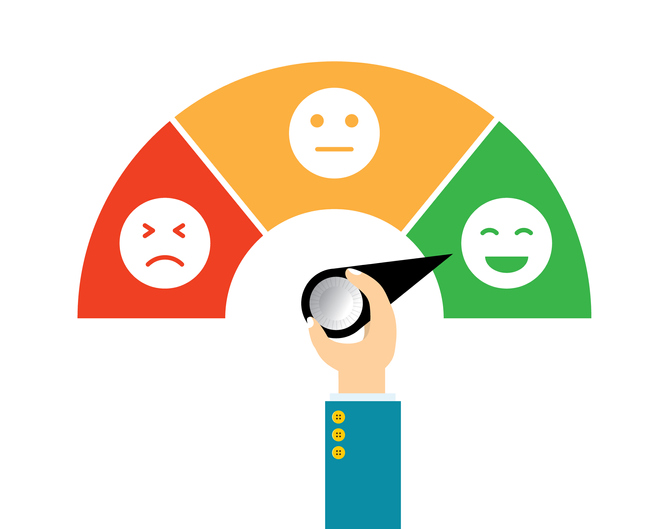 And Other Highlights from the March Jobs Report The fuel for the “Great Resignation” is a complete reassessment of work itself, which to no surprise has impacted workplace satisfaction scores. The ebb and flow of ratings and review data mirrors the up and down sentiment of today’s worker. They are…

What You Don’t Know About the US Job Market Can Hurt You Keep up with the latest hiring trends by viewing our recorded October Jobs Report webinar.  These insights will empower you to make critical year-end decisions for your organization.  Each month, we unveil the latest Job Report data in…